Virtual reality, aka VR, is still rare outside science-fiction film plots, but the concept has existed in some form since the early 1960s. Sensorama was a machine containing several large screens, similar to those in later racing arcade games, in which the viewer sat. They then watched a short film, accompanied by the appropriate tactile sensations, sounds… and smells.

The gimmick didn’t last, but by the end of the ’60s, the immersive virtual reality helmet as we understand it today had been invented; albeit in a kind of stone-age version. The first head-mounted display, or HMD, offered a very simple interface and very little realism, and was so heavy that “The Sword of Damocles” had to be suspended from the ceiling before a user could put it on.

In the 1980s, arcade game developers noted the possibilities VR had to offer. Atari’s first-person shooter Battlezone used 3D images and special goggles to simulate a realistic tank battle. In the ’90s, as home gaming consoles took off, industry winners like Sega and Nintendo experimented on VR systems.

However, no developer quite cracked a believable simulation of reality in a computer-generated environment. It would take another decade or more before an HMD would appear that truly delivered an immersive, credible alternative reality. 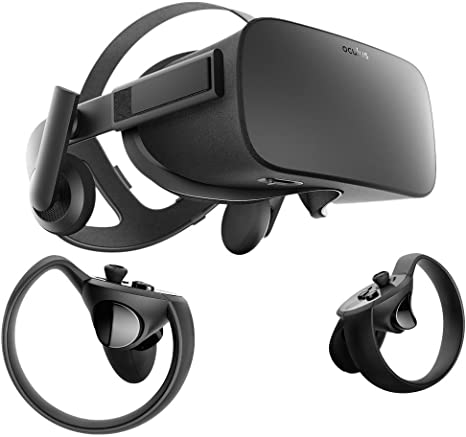 The Oculus Rift prototype released by Palmer Luckey in 2010 was more advanced than any VR headset at the time, allowing the first 90⁰ field of vision. Its flaw was that it was capable of rotational tracking only. However, that was fixed in 2013, when software developed by Valve and made freely available to Palmer Luckey improved the tracking capabilities and added several more enhancements.

Oculus VR was bought by Facebook in 2014, and the system now faces VR-capable competition from Microsoft and Samsung, not to mention the likes of Google’s Cardboard, Sony’s PlayStation 4, HTC Vive and Gloveone. Virtual Reality has arrived, and it looks set to revolutionise entertainment, media, gaming, shopping, business and myriad other spheres.

There are already VR Canadian casinos available online for gaming enthusiasts who have the necessary gear. They are few in number, however, offering a limited selection of games like slots, Roulette and Blackjack only at this point. They are also system-specific: you can’t play on different sites using the same VR system.

This is a limitation that hobbles every industry currently exploring VR, however. At the moment, the technology is expensive and owned usually by early adopters: a small proportion of the entire online gaming market. As VR technology improves and becomes available on several generic platforms, and as it becomes more affordable, analysts expect a boom in VR system sales, followed by a boom in VR casinos online.

By combining HMD, gloves and other tactile sensors with interactive computer simulations, VR casinos provide the most immersive online gameplay to date. Instead of watching 3D graphics on a screen, or even live-streamed real games, players can truly experience being inside a casino, interacting with staff and other players, and betting on slots and table games.